Why Rugby Has Changed From Last Few Years

Rugby dates back to 1823 when William Webb Ellis, a student of Rugby School in England played a soccer match. He picked up the football and ran that led to the birth of Rugby. Many of the olden rules related to this famous game are still followed. Major changes in this field are the best answer to the question, i.e. why you should’ve watched rugby this past year. 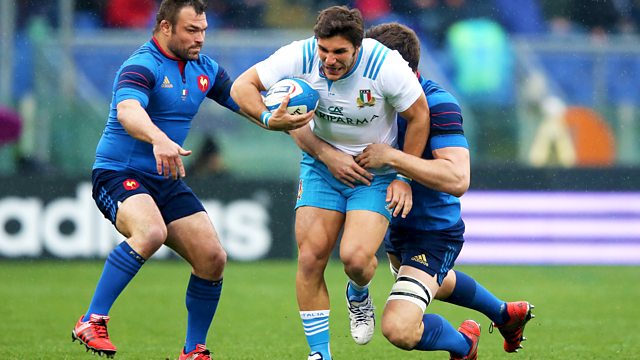 Rules – Written in 1845 by the Rugby School pupils, the old Rugby rules are quite similar to the existing ones. Earlier codes, i.e. the banning of forward passes, offside notion and running a ball out of “touch” are still there. It may be noted that in the earlier day of this game, dozens of players used to participate whereas only fifteen players per team are allowed to play at present. Paintings of old rugby games are the witnesses to this aspect.  “Hacking”, i.e. the kicking and tripping of the opponent’s legs are also the features that are associated with this game. However, it was banned and the modern games show shoulder tackles. Focused on kicking in the 1800s, Rugby can be seen at the aim of scoring these days.

Changes in Rugby – Technological and other developments in this game have resulted in many changes in the recent years:

GPS– Bradford Bulls, the prominent Rugby team adopted GPS tracking for collection of players’ data. Their position on the pitch and the heart rate is easily available with the relevant information through the GPS tracker that is sewn into the vest underneath the player’s tops. Such data is quite useful for assessment of the physiological demands of the player and prevent him/her from the possible injuries. Such setbacks with regard to the players are taken very seriously these days. It is worth mentioning that last October the Rugby Football Union has suggested a new training module for the coaches, officials and the players. It is of great significance with reference to the question, i.e. why you should’ve watched rugby this past year.

TMO– Known as the fourth official for the game or the video referee, i.e. the television match official, this video referee is quite helpful to make the decisions. The referees may not be able to ascertain the true position for taking genuine decisions, but the TMO is there for their help. It would assist the referee to find out if the ball has been correctly grounded or not when it crosses the line.

Players’ prominence– It may be noted that Rugby players are regarded with greater reverence these days. They are becoming bigger with regard to their importance at the international level. Professional sport routes are now open for the rugby players. They are getting younger too as we see many youngsters jumping into Rugby.

Kit and ball – Rugbyshirts have gone a sea change. Now they are made from synthetic materials whereas in the olden times cotton was used to make them. New rugby ball have transmitters since fitted in them. They send the signals to the antennas around the fields that are helpful for the referees for locating position of the ball.

Known as amateurs in the olden days; the Rugby players now get considerable payments. They are in better positions with the help of TV and technological advancements in the gaming field.

A Complete Guide On Purchasing The Right CBD Vape Cartridges

A Basketball Net Means Fun For The Whole Family

Important Things You Must Know Before Playing An Escape Game

Good News For Cricket Lovers In USA and Canada

How Do You See The Games In Future?